For the fourth consecutive year, elementary and middle school students in Westminster Public Schools (WPS) showed an increase in academic achievement in both English Language Arts and Math as measured by the Colorado Department of Education (CDE).

Even more impressive, high school students showed gains in PSAT and SAT scores, while the state as a whole and most of the surrounding school districts showed a decline. 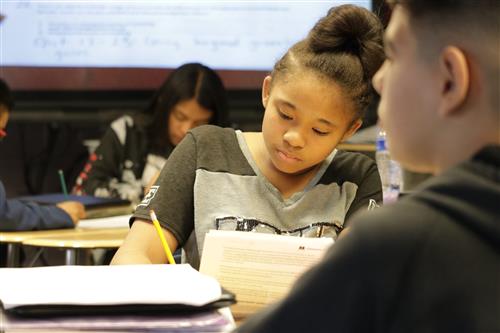 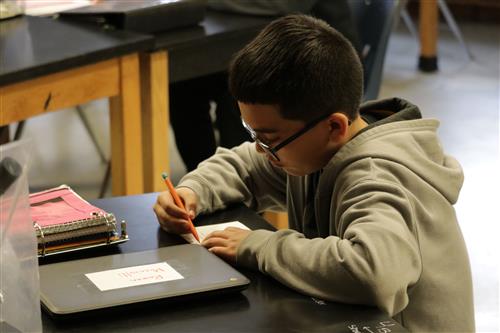 "Our hard work in the classroom continues to pay off,” said Superintendent Pamela Swanson. “We have made no secret that we don’t think the state accountability model accurately measures our Competency Based System, but even when using the Colorado Department of Education’s (CDE) assessments we continue to outpace the state and surrounding school districts.”

WPS is the largest district in the country to implement a competency based learning system where students move to the next level only after showing mastery of a learning topic. CBS encourages students to advance more quickly through their studies when ready, while others, many of whom enter school behind their peers, are provided more time to fully understand the subject they are learning about. The focus is on ensuring that all high school students are prepared for the day after graduation.

Assessment and growth scores were made public last week during the meeting of the Colorado State Board of Education.

Overall, the percentage of WPS students meeting or exceeding expectations in English Language Arts and Math continued to climb at the elementary and middle school level.

Scores in science at the fifth and 8th-grade levels remained flat.

On the 9th grade PSAT, WPS had the second-highest increase in total scale scores of any of the surrounding districts in the metro area and the highest scale score increase in Evidence-Based Reading and Writing. Math scores were flat, which is generally true across the state.

On the 10th grade PSAT, WPS showed slight overall scale score gains while most of the surrounding metro districts and the state of Colorado all declined.

SAT scores showed a similar trend. WPS showed an overall increase while surrounding metro districts, with one exception, and the state as a whole was down.

“We still have work to do, but it is clear to us that our Competency Based System is the most effective way to educate our children and meet the needs of a diverse group of students,” said Swanson. “Our Board of Education deserves a lot of credit for supporting an innovative approach to education and not going along with the status quo.”

Details about the WPS Competency Based System can be found at www.westminsterpublicschools.org/cbswps

WPS hosts an annual conference to discuss all we have learned from being the largest school district to be competency based. More information can be found at mywps.org/summit.