A mix of new and familiar faces gathered in the amphitheater at Westminster High School on Friday, August 9 for the annual back to school picnic.

The highlight was an announcement from Board of Education President Ryan McCoy that Westminster Public Schools has been named a “District of Distinction” by District Administration Magazine. The Prestigious publication recognized the district for its innovative Competency Base System and, “for leading the way with new ideas that solve challenges.” McCoy congratulated the staff for the award, saying he wanted them to be the first to know about the honor.

You can learn more about the award by reading Dr. Swanson’s message to the community in this issue of What’s Up WPS.

Staffers also continued the tradition of posing for a group portrait taken from an overhead drone.

Chief of Staff Kirk Leday told the teachers they were the, “best of the best” and said he hoped that they would choose to retire in Westminster Public Schools.

Take a look at the slide show below to see some of the new faces. 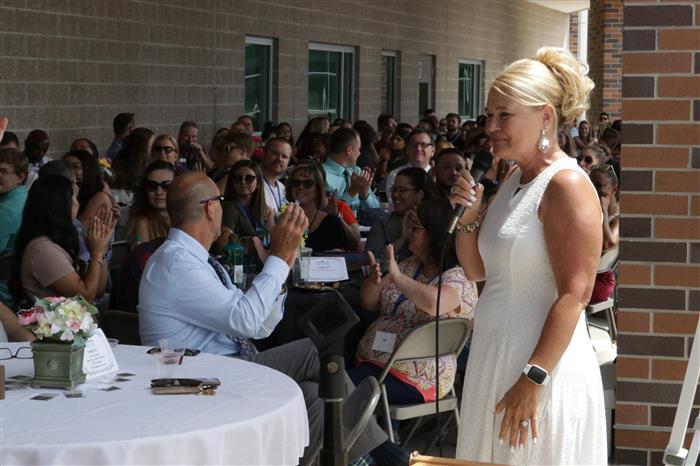 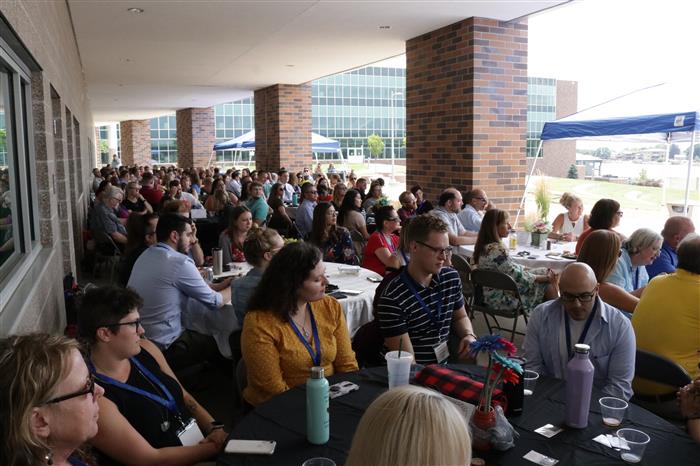 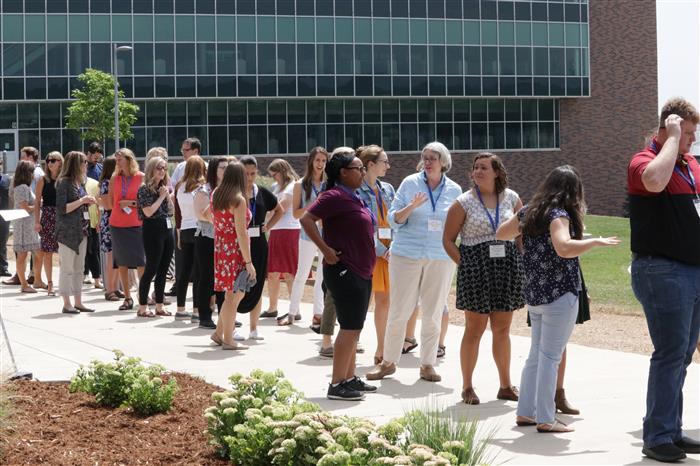 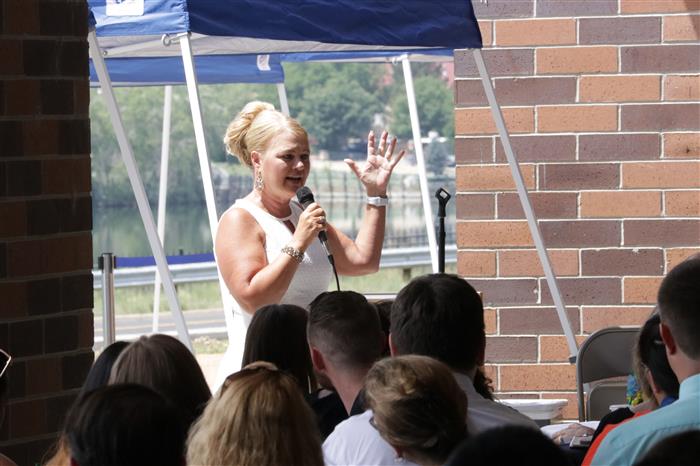 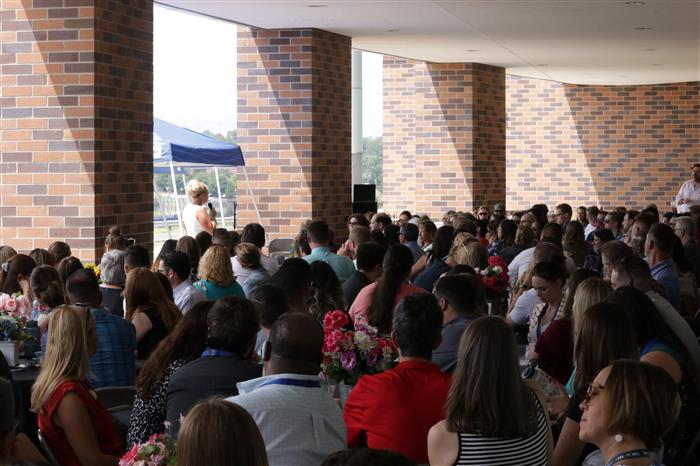 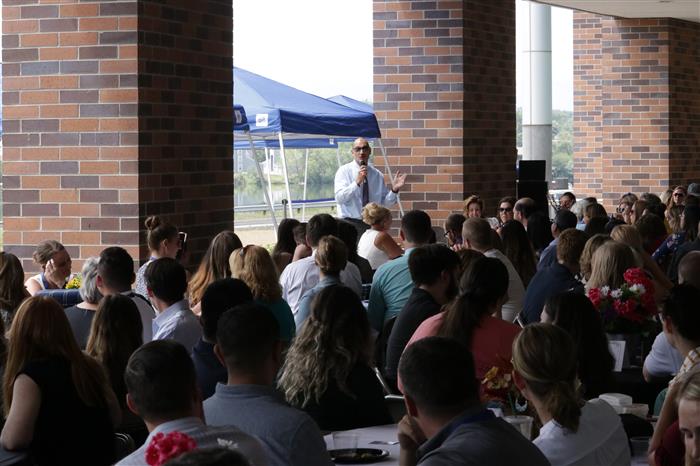