Diana and Denise Lopez, two of the best student-athletes in the history of Westminster Public Schools, were inducted into the Regis University Hall of Fame last month, capping remarkable careers that highlighted what hard work and family support can accomplish.

The twins, who graduated from Ranum High School in 2003 after leading their team to the state girls’ basketball title, earned full-ride scholarships to Regis University, making them the first in their family to go to college. The value they place on education is evident today as both are now educators, Diana in Naples, Italy, Denise here in Denver.

“I am so proud of them,” said their mother, Susana Zubia Lopez, who works as an Administrative Assistant in the WPS Culturally Linguistic and Diverse Education department.  “They were always very competitive and pushed each other, but they were also always looking out for each other,” she recalled.

Their mother never missed one of their home games and says their competitive desire and skills were evident early on when they played basketball in the Hyland Hills Recreation Department’s basketball program. By the time the twins began playing at Clear Lake Middle School, she says she knew they were headed for greatness.

After standout careers at Ranum (their numbers were retired in 2010), the twins were courted by colleges offering scholarships, but the sisters insisted that they be recruited together—a joint package.

Regis stepped up and the rest is history.

After their induction, the two shared their thoughts on the hall of fame honor and their careers at Ranum High School.

Diana wrote: “What we were able to accomplish beginning at Ranum High School set the foundation for the goals I wanted to set on and off the court as I continued my education and basketball career. It was a special feeling to represent our Westminster community as student-athletes and to receive the support we have always received from our school district means so much to me.”

Denise expressed a similar point of view: “The game has given me so much. I am also a proud Ranum High School Alumni. I hope my story is one that inspires the young students in our community to believe they can do something out of the ordinary. 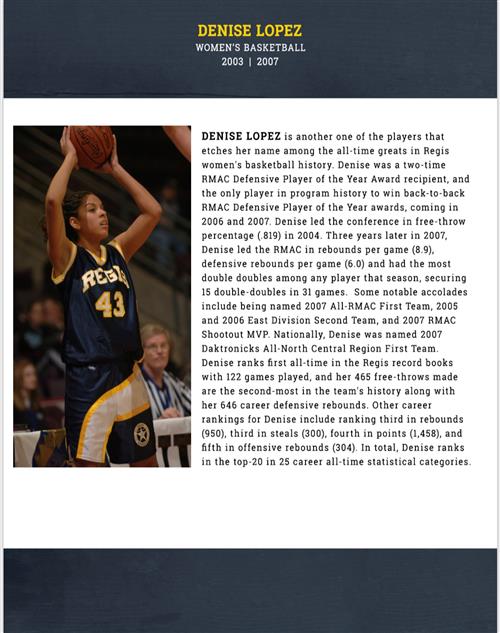 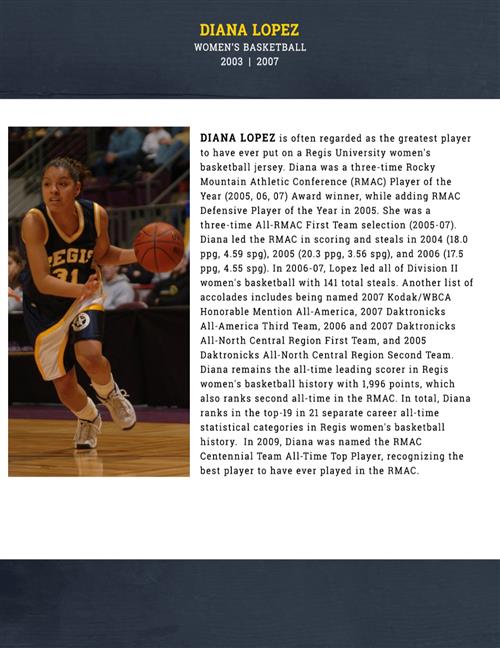