Recognizing the important connection between the business community and education, Westminster Public Schools (WPS) Superintendent, Dr. Pamela Swanson was named “Woman of the Year” by the Women of North Metro in conjunction with the Metro North Chamber of Commerce.

The award was given to Dr. Swanson at an awards dinner on September 18 at the Lionsgate Event Center. 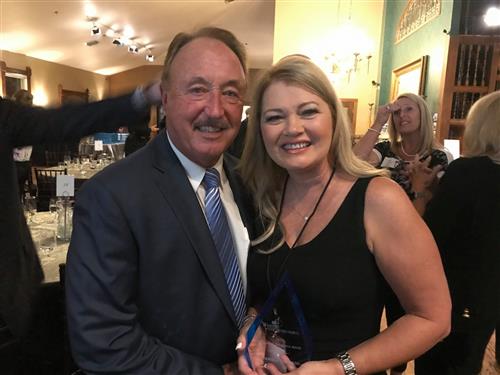 Under her leadership, WPS has become the largest district in the country to be completely competency based and passed a mill levy override in 2018, the first override in 16 years. The district has also significantly upgraded its Career & Technical Education (CTE) program to provide relevant job skills for high school graduates who choose a path other than four-year colleges and universities.

The Chamber selected Dr. Swanson from among almost two dozen worthy nominees from the business, government and non-profit sector. Nominees were judged on three criteria: professional accomplishments, community leadership, as well as awards and milestones.

Here is the video that was shown during the event: