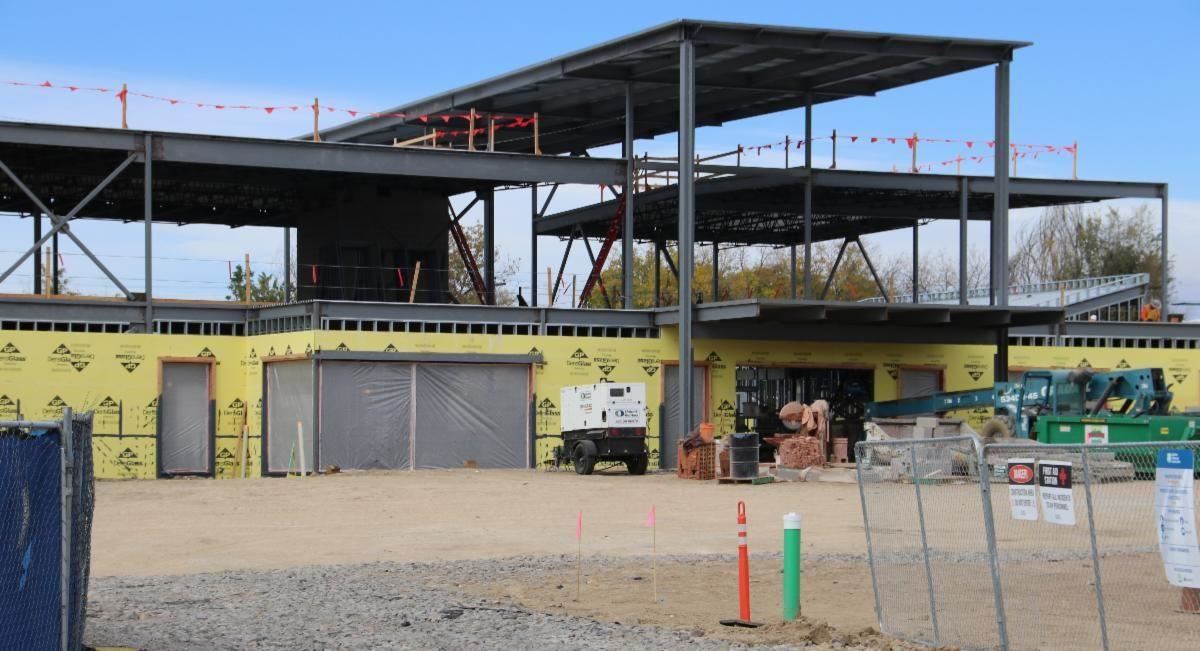 When students walk through the doors of their new building under construction at 73rd and Zuni they will enter a state of the art school with a name that honors the region’s rich history.

The Board of Education chose the name Orchard Park Academy in a nod to the community’s past when fruit trees covered much of the region. The new building, scheduled to open as a PK-8 school in the fall of 2021, was made possible by voters who approved a mill levy override in November of 2018.

The school is being built next to Skyline Vista Elementary, which will be torn down once students move into Orchard Park Academy. Consultants determined it made more economic sense to build a new school than to refurbish Skyline Vista.

The naming of any new building is always determined by a Board of Education vote, but Principal Zack White and Assistant Principal Justin Adcock provided a sneak peek of the pick early in the meeting when they presented the board with a series of trivia questions centered on the region’s agricultural history:

The board also voted to name a new teacher training center near 72nd and Lowell after Robert Landgraf who grew up in the district and served two separate terms on the Board of Education.

More on his life and the building named after him in the next What’s Up WPS.