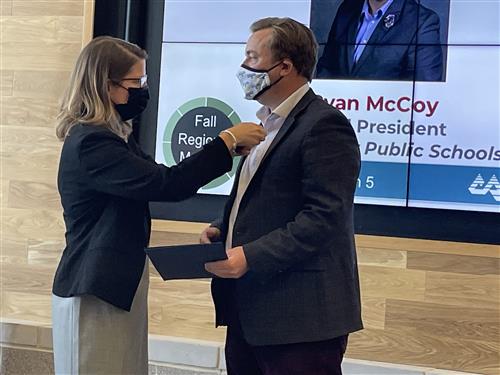 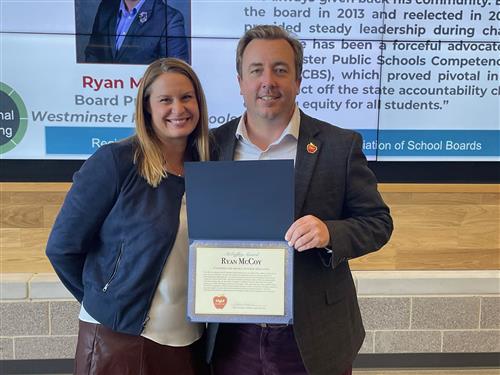 Westminster Public Schools Board of Education President Ryan McCoy was given the prestigious McGuffey Award by the Colorado Association of School Boards (CASB) during its regional meeting on Tuesday, September 21.

McCoy is entering the final months as leader of the school board. First elected in 2013, he is term-limited and could not run for reelection.

The McGuffey Award honors board members who have made a significant impact during their time on the board. McCoy graduated from Westminster High School in 2000 and has two children enrolled in the school district. McCoy is the Executive Director of the Front Range Community College Foundation.

Below is part of his nomination:

Elected to the board in 2013 and then reelected in 2017 Ryan provided steady leadership during challenging times. He has been a forceful advocate for the WPS Competency Based System which proved pivotal in moving the district off the state accountability clock and ensuring equity for all students.

Ryan, who was also a CASB Board Member, shared his valuable perspective on CBS with educators from across the country.

He again rose to the challenge during the COVID-19 pandemic as WPS was one of the first districts to return to “in person” learning as quickly as was safely possible. Ryan never shied away from taking a position on a controversial issue. Under his leadership, WPS provided 12 additional days of learning for students at the conclusion of the school year.

The award is named after William Holmes McGuffey who published the McGuffey Readers, a series of seven books with stories and poems that taught reading and grammar to students as well as help them develop good character qualities. 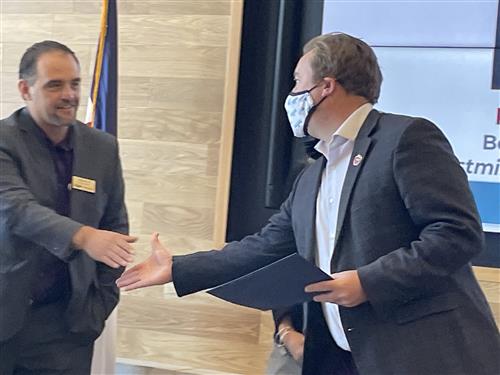