Calling the relationship between Westminster Public Schools and the City of Westminster, “one of the great success stories in recent times,” last week the city’s Economic Development Team honored the school district for its 75-year history of educating children.

Mayor Nancy McNally, recently returned to office by voters, said the city and the school district, “have always had each other’s back.”  Dozens of other businesses and institutions were also celebrated during the event, but WPS had the longest tenure.

Superintendent Pam Swanson and Board President Ken Ciancio represented the district at the luncheon on Wednesday, November 10.  The district was presented with a beautiful crystal award with movable glass plates that can be updated to reflect added years in operation.

While handing out the award, McNally reflected on the long partnership between the city and the district:

“City leaders and Superintendent Pam Swanson understand that a vibrant educational system is a cornerstone to building a sustainable, successful community. WPS Competency Based System works to ensure that by the time a student graduates from high school they are fully prepared for the next chapter in their lives whether it be continuing education, joining the military or jumping into the workforce. In WPS, the most important day for students is the DAY AFTER GRADUATION.” 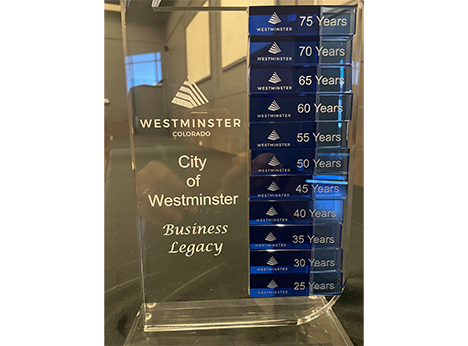