Still, after all these years and tens of thousands of photographs, Isaac called his visit to Westminster High School (WHS) last week, “eye-opening.”

Isaac spent an afternoon taking pictures of students in the Career & Technical Education (CTE) program for part of nationwide photography project titled “Dignity at Work: The American Experience.” The project is a collaborative effort between the United Nations International Labour Organization and the US Department of Labor. The pictures will be used in public exhibitions and possibly a coffee table book.

Project organizers felt it was critical to include pictures from the next generation of workers and Isaac couldn’t agree more. “It’s very important for children to grow up thinking about the dignity of work,” he said, adding that the student’s energy and enthusiasm inspired him. “When you have students believing in humanity, you have to tell the story.”

After wrapping up his photo session, Isaac said he was impressed by the kinds of job opportunities and skill-training students were getting at such a young age.

Isaac has been telling important stories for half a century. The International Photographic Council awarded him its Lifetime Achievement Award and his iconic picture of actress and UN Ambassador Audrey Hepburn in Ethiopia awakened the world to the plight of children in third world countries. 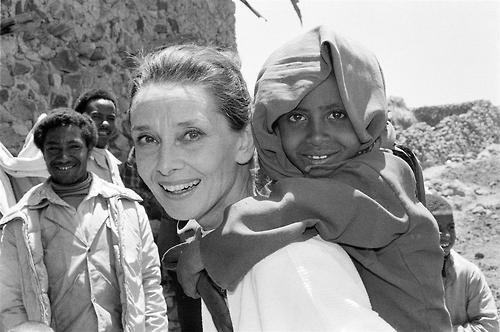 He was also the official photographer for Michael Jackson’s HIStory World Tour.

For all his success, he has not lost the human touch. As he mingled with CTE students, he told them how important it is to find both happiness and dignity in their work and to, “follow your dreams.”

9NEWS spent the afternoon with Isaac at WHS and you can see their report here. 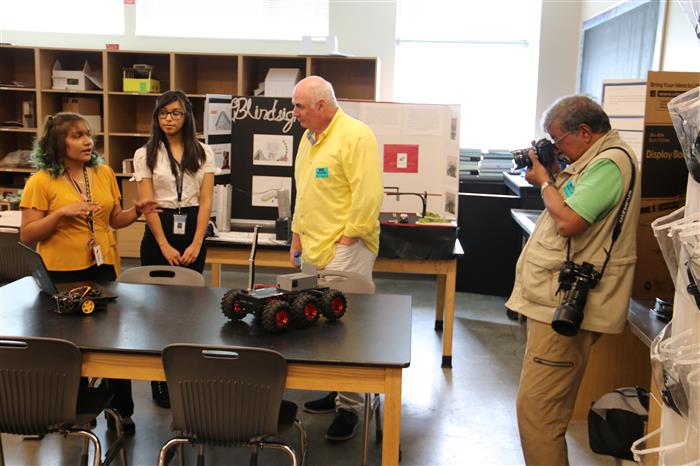 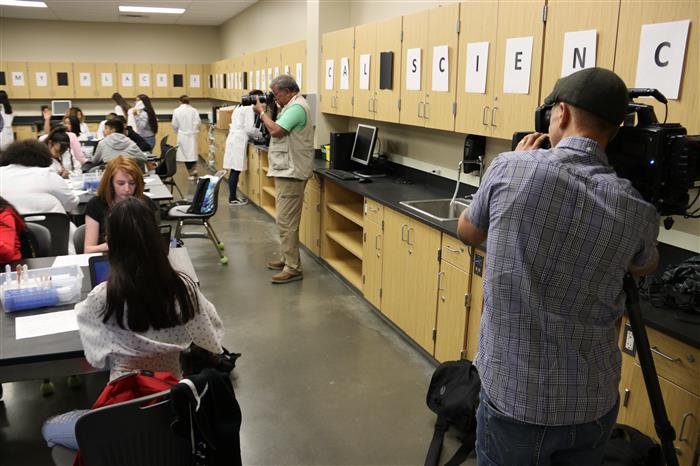 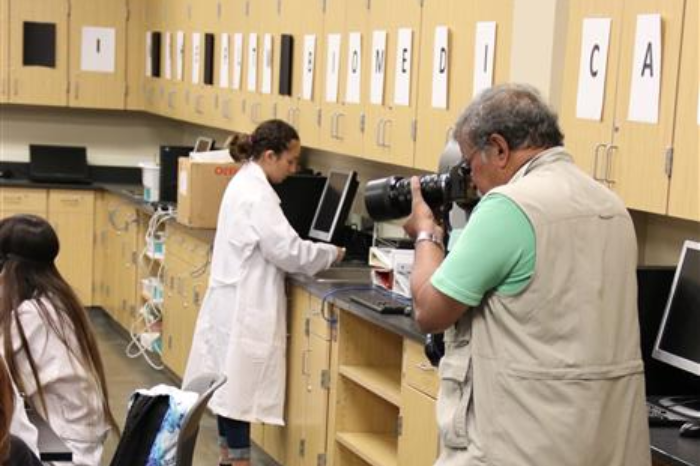 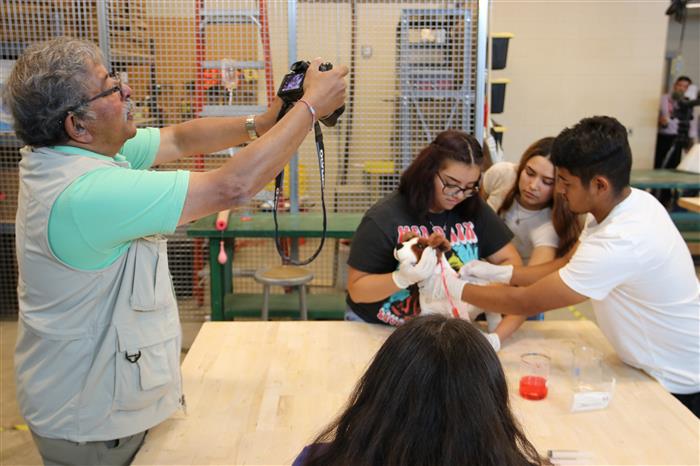 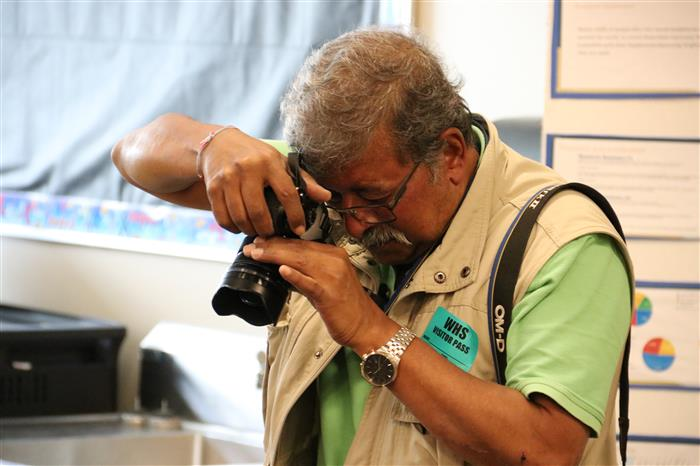 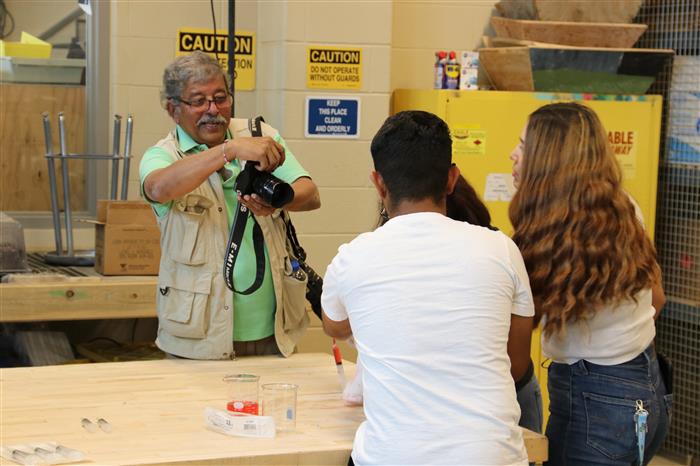 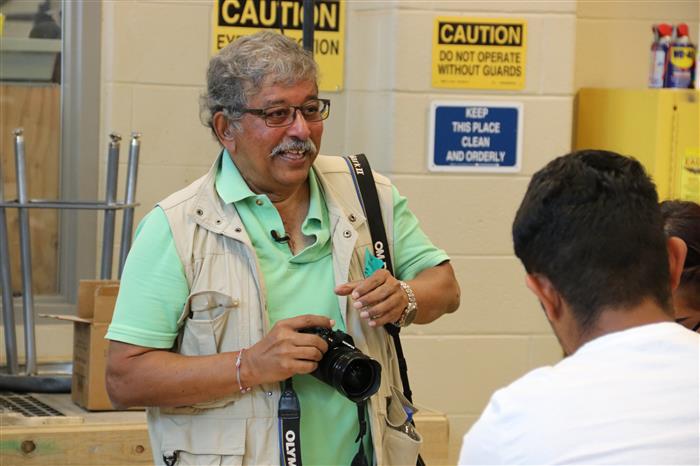 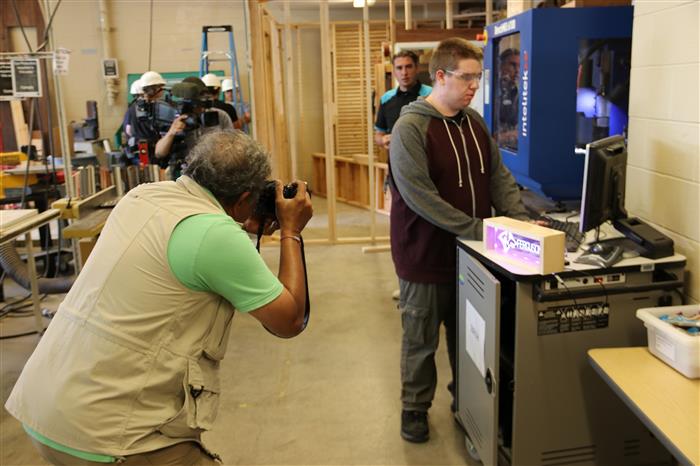 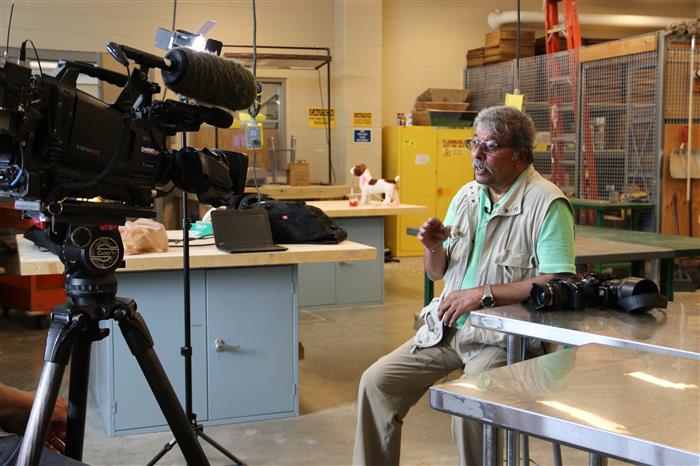