It was the parents who became the students these past nine weeks in the Westminster Public Schools (WPS) new Parent Academy for Student Success (PASS) program, and the parents who received a diploma for their achievements. On Thursday, May 4, almost 90 parents graduated from the program at Scott Carpenter Middle School.

In an exciting event for both the district and parent participants, Chad Anderson, the newly-appointed Culturally and Linguistically Diverse Education Director, awarded hard working parents for their diligence in this instructional program. 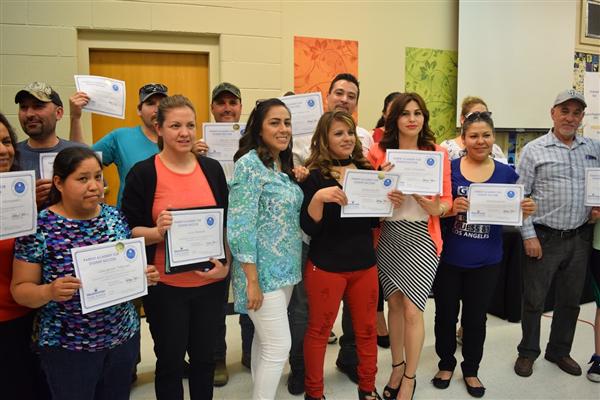 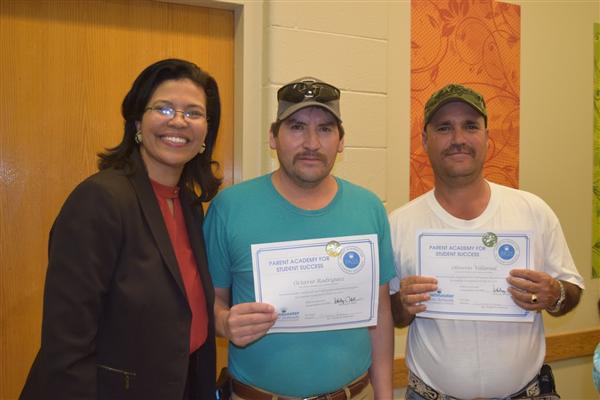 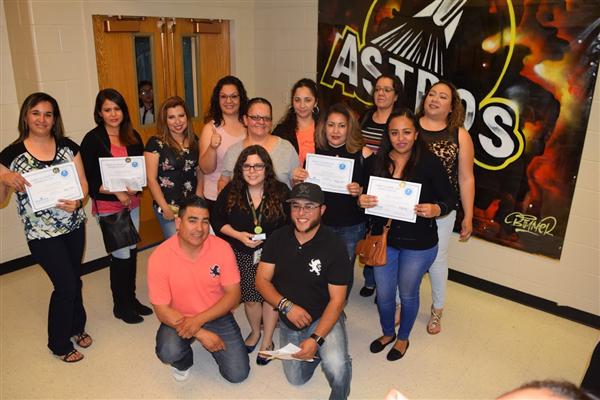 The PASS program is one modeled after the highly-recommended Parent Institute for Quality Education (PIQE) in California, where parents are instructed on how to better understand class choice decision-making in high school, what colleges look for, how to apply to college, and the overall college experience that their children might have.

"When you believe, they believe. When you push, they will do it," encouraged Reed. "Your children will be going higher because of your dedication and I hope that you also will pursue higher education as well."

Many parent graduates spoke highly of the program and praised its facilitators, namely Sandra Steiner, Whitney Allen, Superintendent Pamela Swanson, and members of the WPS Board of Education.

"I've learned to see where to knock on doors to ask for help with college...that each person has rights to education, not to stay quiet, and to get involved in our schools," said Brenda Mercado, PASS participant.

You can see the ceremony in its entirety here.