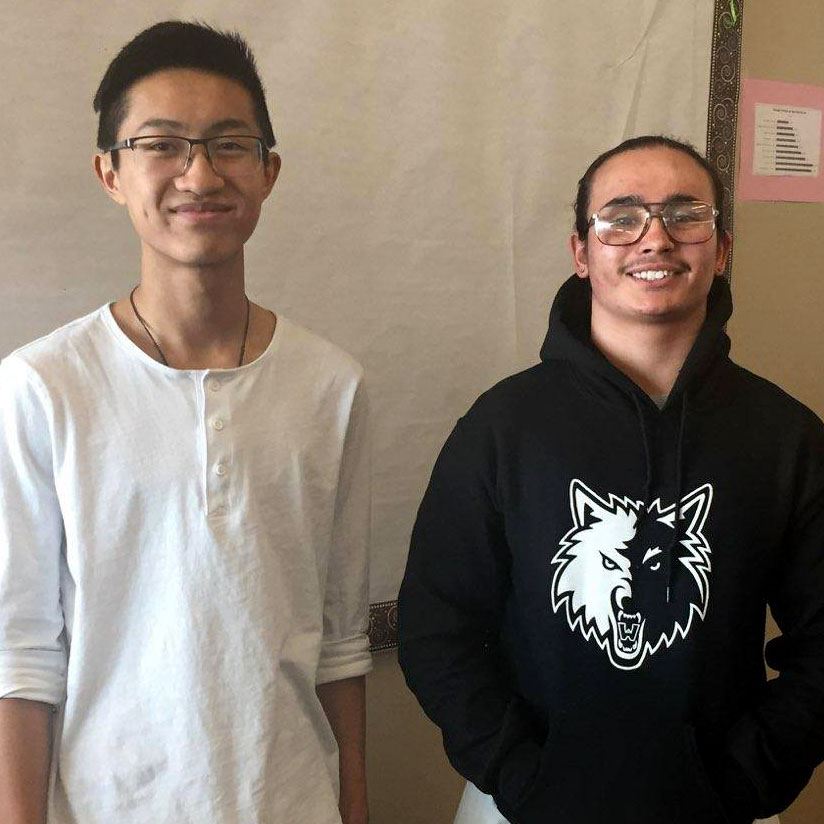 Westminster High School (WHS) seniors John Lam and Cruzito Marrujo were two of 146 students from Colorado who were named 2018 Daniels Fund Scholars. This is the first time since 2013 that WHS has had multiple scholars win in the same year.

"Our goal is to help each of these scholars succeed in college and ultimately become independent, successful in a rewarding career, and actively engaged in their community," said Linda Childears, president and CEO of the Daniels Fund.

To earn the Daniels Fund scholarship takes perseverance and dedication, in addition to a strong personal application. Students must fill out a detailed and time-intensive application, demonstrate financial need through the FAFSA, write approximately 10 personal essays, and meet minimum test scores on the SAT. To move beyond the first round also takes a strong academic and extracurricular record to demonstrate their leadership at their school and in their community. Finalists are then invited for a personal interview with a panel of Daniels Fund leaders, which can be incredibly intimidating for students who may not have had the chance to ever participate in an interview before.

After months of anticipation, Lam and Marrujo can finally take a breath as they prepare to enter their final exams and last two months of high school.

"The hardest part was not knowing," said Lam when describing the process and waiting period. Both students agreed that they shared similar anxieties after submitting their applications.

Lam is a first-generation American with Vietnamese and Chinese roots, who hopes to soak up as much knowledge as possible to better his future.

"I really enjoy learning, because there’s so much out there, waiting to be discovered or heard," said Lam, who plans to attend the University of Colorado Denver to follow a medical or pharmaceutical career.

"After college, I would like to pursue my doctorate degrees either as pharmaceutical chemist developing new medicines, or as a doctor continuing to serve those in my community," Lam shared.

Raised by his grandparents and a single-father, Marrujo is familiar with the sacrifices that families often have to make for their children.

"My dad has raised us by himself my entire life," said Marrujo. "This meant that he had to forget his engineering passion and find a job so he could take of us by himself."

He is now following in his father’s footsteps as Marrujo seeks to obtain a mechanical engineering degree from the Colorado Schools of Mines. While Marrujo is not sure what his future will bring him exactly, he feels compelled to give back to the Mexican and Native American cultures that he was brought up in.

"I want to use my degree to make an impact on society and the community that I grew up in,” he expressed.

Both students have been heavily involved in extracurricular activities while at WHS. Lam participated in cross country, track and field and the Knowledge Bowl. He is currently also a part of the Chamber Orchestra, art club and student government. Marrujo is a member of the National Honor Society and is in the International Baccalaureate Programme, and has also participated in football, basketball and track and field at WHS.

"We are so proud of the work that John and Cruz have put in both during the application process, as well as throughout high school in order to earn this scholarship," said Victoria Rimmey, counselor at the Future Center. "We know that they will each continue to embody success, Westy pride, and dedication to their communities as they transition into college and beyond."